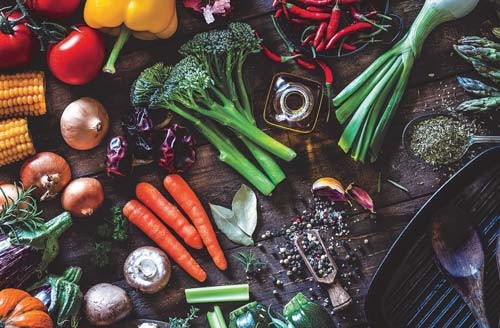 What’s the Beef With Red Meat?

It’s long been the case that provocative headlines, unexpected findings and misinformation travel far faster than conventional wisdom, especially in the internet age. Even respected medical journals like the Annals of Internal Medicine can become caught in a crossfire of disagreement, as occurred last year when a controversial nutritional study by the NutriRECS Consortium concluded that three servings of red and/or processed meat weekly resulted in a very small increased risk of cancer or heart disease.

NutriRECS further suggested that the evidence surrounding potential harm from regular consumption of red meat was weak, and therefore people needn’t abstain from eating it for health reasons.

So misleading was the journal’s press release headline, “New guidelines: No need to reduce red or processed meat consumption for good health”, that the entire study was offered as a cautionary tale at the most recent Menus of Change conference, an influential initiative on plant-forward eating from the Harvard T.H. Chan School of Public Health and the Culinary Institute of America.

A panel headed by Walter Willett, MD, professor and past chairman of the department of nutrition at the Harvard School of Public Health, dissected why a message that flew in the face of decades of research and established guidelines from the American Heart Association and the World Cancer Research Fund, made its way into the mainstream.

According to Dr. Willett, the major flaw was the authors’ decision to disregard numerous studies done over the years regarding red meat and health as “weak evidence” because they weren’t based solely on randomized clinical trials. While these are the gold standard of scientific research, the reality for nutrition studies can be different.

“There are no double-blinded, placebo-controlled trials of red meat and its links to cardiovascular disease or cancer,” explained Dr. Willett. “It’s not really possible to get this kind of study because people won’t stay on specific diets for years to track and compare.”

The result was elimination of influential studies and meta-analyses clearly pointing to increased risk of disease for meat eaters. This included a pivotal 2015 Harvard School of Public Health study of more than 121,000 individuals followed for an average of 26 years that showed every daily serving of processed meat was associated with a 13% higher risk of death from all causes; processed red meat increased the risk to 20%. A 2019 meta-analysis in the Annals itself showed that reducing processed red meat by three servings per week decreased the incidence of diabetes by 22%; lowered mortality from cardiovascular disease by 10% and from cancer by 7%; and decreased overall mortality by 7%.

“These statistics alone could have been the basis for a blockbuster drug,” asserted Dr. Willett.

Additionally, as came to light after the study was published, the authors’ ties to food industry groups were not accurately disclosed. In January, the journal issued a correction detailing those connections, but the panel’s experts were concerned that the damage had been done, and the study’s misleading headlines had negatively affected public acceptance of traditional nutritional guidance.

Beyond the Burger: What’s Next in Plant-Based Alternatives

Also featured at Menus of Change was a look at the growing American appetite for alternative proteins. The trend, kick-started by the popularity of plant-based burgers, intensified during the pandemic as consumers sought what they perceived as healthier foods produced in safer, sterile environments. Note: plant-based items are not always nutritionally sound, so please check the labels carefully when these products become available.

“Plant proteins are becoming the growth story of the decade, on the cusp of replacing fish and seafood as the fourth-most-popular protein in America.”

The post How Red Meat Went from Taboo to Acceptable and Back Again appeared first on Specialdocs Consultants.

Step Up to the Plate: Nutritionists Weigh in on Healthy Eating